I Already Did That

I Already Did That!

Now is a good time to think about eliminating the things that are causing you stress because you no longer want to do them. If you’ve been-there-done-that, you no longer have to say yes to every opportunity that presents itself. 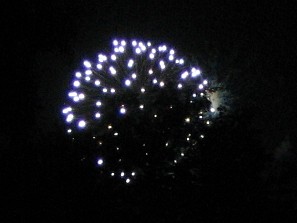 ONE YEAR WHILE THINKING ABOUT the New Year’s resolutions I ought to make, I remembered something I once heard opera singer Beverly Sills say in an interview. In discussing her work with the interviewer, she made reference to some musical work that she would not be doing in the future and pointed to the necklace she was wearing.

It bore the engraved initials, “IADT.” Ms. Sills told the interviewer that they stood for “I already did that.” She explained by saying she sometimes needed a reminder that she no longer had to say yes to every opportunity that presented itself. The message she left with me that day was this:

Once you reach a certain point in your profession or achieve a certain level of expertise, you no longer have to do all the things you used to do.

In other words, you’ve “paid your dues” and you’re past a certain point of no return. Maybe you have financial security and can afford to be more selective. Maybe your interests and goals have changed, or maybe you feel you’re just getting too old to do certain things you used to do.

Instead of making New Year’s Resolutions that year, I applied Beverly Sills’ IADT philosophy to my own life and made a list of things I vowed never to do again. My list included such things as turning down speaking engagements if it meant I had to take a commuter plane to get to them, working evenings and weekends, and letting the demands of work or the lure of extra income interfere with vacation plans.

A year later, I was pleased to see that I had been about 95 percent successful in eliminating those things from my life. I also noticed that, in the process, I had also eliminated a ton of extra stress and lowered my blood pressure readings as well.

You don’t have to wait until a New Year rolls around to make your own IADT list. Now is as good a time as any to do a little thinking about the things that are causing you stress because you no longer want to do them. Just grab a pen and notepad and start writing!

Pruning Your Life to Encourage Growth. As we grow older, we need to think about ridding our lives of things that are stressing us, taking more time than we want to give them, or are simply becoming a burdensome physical responsibility.

Back to
Time & Stress T/C