How to Enrich and Empower Your Brain as You Age

How to Enrich and Empower
Your Brain as You Age

Get the latest research on aging brains, learn why the “wisdom of age” is real and what was learned from studies of Albert Einstein’s brain; plus the brain benefits of eating more veggies and having a little red wine too. – Barbara 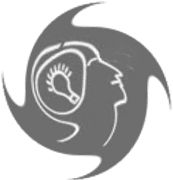 Much about the human brain remains a mystery to scientists, particularly when it comes to understanding how the brain ages. But research began to speed up in 2013, pushed by the fact that more than 12,500 Baby Boomers (born between 1944 and 1964) were then hitting age 50 every day. Estimates just before the results of the 2020 Census results were estimated to be 73 million.

This article, first published in 2013, reflected Marian Diamond’s optimistic viewpoints about the aging brain on the American Society of Aging (ASA) website. As one of the few scientists allowed to study tissue from Albert Einstein’s brain, she was known for bursting myths about the brain’s inevitable decline with passing years, maintaining that our brains don’t “go downhill” after the age of 30, and that “you can teach old dogs new tricks.” By 2050 there would be 30 million Americans age 85 or older, Diamond said. “Our challenge then is to learn ways to keep the brain functioning at an optimum level for a lifetime,” and “We need to change our negative attitudes toward aging for ourselves and for others.”

2021 Update: Marian Diamond, a pioneering scientist and educator considered one of the founders of modern neuroscience, died in 2017 at the age of 90. She and her team were the first to publish evidence that the brain can change with experience and improve with enrichment (now called neuroplasticity). Although a search for her will turn up many links, I found it interesting that her viewpoints are no longer reflected on the ASA website.

Simple Things You Can Do to Help Your Brain

According to my research, there are a number of simple things you can do to enrich and empower your brain. To stay healthy, your brain needs regular mental stimulation (i.e., use it or lose it), sufficient sleep (a lifelong problem for me and many struggling entrepreneurs), and—believe it or not—plenty of vegetables. Chemicals in the brain that influence mood, mental agility, and memory tend to decrease with aging, and studies have shown that if we eat less than one serving of vegetables a day, we are more likely to experience cognitive decline than those who eat three servings a day.

I eat plenty of fresh fruits and vegetables and keep my brain stimulated every day simply by spending several hours a day at my computer, either working on my website or writing, managing my finances, or learning some new “technical stuff” I need to know to manage my website and keep writing and publishing my own books. My doctor says I’m remarkably healthy for my age, but I rarely sleep more than six hours a night, which must be enough because I don’t tire during the day.

I’ve had a glass of wine with my dinner since my husband and I first traveled abroad in the seventies and I couldn’t stand the water in some countries. One year I was happy to learn that the resveratrol in a glass of antioxidant-rich red wine with dinner was not only good for my heart but could actually help protect me from dementia and other forms of cognitive loss, So I gradually switched from mostly white or rose to red. Now I find myself looking forward to this treat every evening after a long day on the computer. (See article, “Drinking Wine Helps Your Brain.”)

The Benefits of Age

Although age brings its own share of problems, it also brings such benefits as:

• A More Philosophical Attitude. In his article, “Illuminating the Mind,” Richard Anthony says that “… getting older is also associated with certain gifts—for example, an improved ability to be philosophical about the fact that downs are as much a part of life as ups.” In this article, he quotes John Gabrieli, professor of brain and cognitive sciences, who says recent research has lent credence to the idea that the “wisdom of age” is real, and goes on to explain all that is being learned through fMRI (functional magnetic resonance) studies of the brain.

• Greater Insight into Complex Situations. According to the experts, we become wiser in our older age because age brings with it greater insight into complex situations and a keener ability to evaluate circumstances accurately. In other words, we are better able, as we age, to utilize our past experiences and apply what we’ve learned in unusual ways.

•  Increased Creativity. An uplifting fact gleaned from my research on this topic is that changes in the aging brain may actually enable us to become more creative as we age—as evidenced by the number of artists, musicians, architects, comedians, writers and other creative people who have not only been productive into their nineties, but did their best work as they got older. (God willing, I’ll be among their number.)

In a 2002 PBS special on “The Secret Life of the Brain,” Stanley Kunitz was cited as an example. When he was named poet laureate of the United States at the age of 95, he was still writing new poems, still reading to live audiences, and still standing as an inspiring example of the brain’s ability to stay vital in the final years of our lives. (This five-hour series is available from the PBS store.)

In September 2021, I watched a special presentation on TV by Pastor Jack Hibbs on “The MIND and How it Works,” which was especially interesting because it offered his unique biblical perspective on how our amazing, God-given mind shapes our personality and view of life; also how the world today is trying to change our minds every day by the news being fed to us and by all the messages we get from the internet and those around us.

Remember actor/comedian George Burns? He enjoyed a remarkable career resurrection at age 79 that was ended only by his death at the age of 100, making him better known in the last two decades of his life than at any other time in his life and career. “At the age of 79, it was like I was just getting started,” Burns said in an interview. “I didn’t quit. I stayed in there. And I finally got so old that I became new again.”

I’ve always loved Burns’ philosophy about life and work, and here are three of my favorite Burns’ quotations that I agree with:

“Fall in love with what you do for a living. I don’t care what it is. It works.”

“You can’t help getting older, but you don’t have to get old.”

The Aging Brain: Research from leading scientists and experts on how our brain works, memory loss and forgetfulness in aging brains, latest brain supplements guide, and humor about the “wretched road to decrepitude.”