The Aging Brain: The Latest Scientific Research on Forgetfulness and Memory Loss 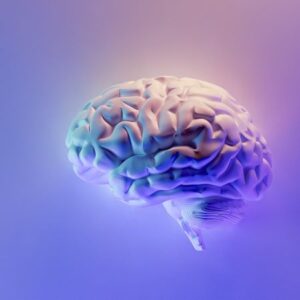 The Latest Scientific Research
on Forgetfulness and Memory Loss

Barbara’s Research on how our brain works, memory loss and forgetfulness in aging brains, latest brain supplements guide, and humor about the “wretched road to decrepitude.”

I chuckled as I read a FWD email from my youngest sister that began, “I am a Seenager (Senior teenager). I have everything that I wanted as a teenager, only 40/50/60 years later.” The message continued with a line I quickly grasped and was eager to believe: “Brains of older people are slow because they know so much.”

I always want to know the basis for things people put in anonymous emails and forward around the world, so I was delighted to see that Google—that know-all Web Wizard behind the black curtain—immediately found three million pages related to “Seenager.” It was what I learned in my research that day that prompted me to publish a Brabec Bulletin in 2016 with the above topic.

Now in 2021, only 7,300 of those old web links remain, but a search for “sleep deprivation”—which reportedly causes forgetfulness and memory loss—turns up more than nine million pages. That topic has long been a problem among home-business owners and other self-employed individuals, so I’ve naturally written about both topics in my books and on this website.

Why We Can’t Remember Names

Everyone I talk to—including people much younger than I—apologizes about being unable to remember people’s names. But it’s not just people’s names we often can’t recall; it’s all kind of names—places, product names, and even common objects and things we all use but just can’t pull up out of our “brain barrel” of names at a particular moment in time. Older people may laugh and say they’re having a “senior moment,” but younger people can’t use that excuse.

“We’re all running around doing a million things, and although many people think they can multitask well, the brain sometimes has trouble moving from one thing to another and back again,” writes Cristina Goyanes in her article, ‘Why Can’t I Remember Names Anymore?’ “The problem isn’t your memory or even the multitasking; it’s that you need to concentrate more and make a conscious memory of things that you’ll want to recall later.”

For awhile I thought my name-forgetfulness was related to brain damage from a concussion I had in 2010 or perhaps chemicals or additives in my food, but I’ve come to believe that the real culprit here is technology and the high-tech age in which we live. We all seem to be mentally drowning in electronically-delivered information and communications that keep our brains so active right up to bedtime that both our memory and our ability to sleep as long as we should is being affected. Because sleep deprivation has been considered an unmet health need for years, there are millions of discussions about this on the internet.

One article I found on the CDC.gov site in 2016 states that “Sleep insufficiency may be caused by broad scale societal factors such as round-the-clock access to technology and work schedules, but sleep disorders such as insomnia or obstructive sleep apnea also play an important role.” For the latest research info the CDC has on this topic, see “Short Sleep Duration among US Adults.”

Memory loss and cognitive impairment are just two of the consequences of not getting enough sleep . . .  but I digress. What I really want to discuss here is the latest scientific research on memory loss and forgetfulness and why we all have trouble remembering names.

Brain studies by Dr. Michael Ramscar of Tubingen University in Germany led him to conclude that “The brains of older people do not get weak. On the contrary, they simply know more.” He says different tests for the cognitive abilities of older people are needed now; tests that take into account the nature and amount of information our brains process.

You will find discussions about Ramscar’s research on many prestigious websites. An article on Science Daily titled “Forget about forgetting: Elderly know more, use it better,” states that most standard cognitive measures, which date back to the early twentieth century, are flawed. This article quotes Dr. Ramscar as saying, “The human brain works slower in old age, but only because we have stored more information over time.”

John Schappi is a blogger on AgingCare.com. I particularly liked his article, “I’m Not Slow or Forgetful, I Just Know Too Much.” He quotes some of Ramscar’s research about why we can’t remember people’s names: “A cultural shift has brought much greater name diversity into our vocabularies over the past two generations. That means it takes longer for older people to ‘locate’ a particular name in their huge databases, just as it takes computers longer to find it when greatly increased data is involved.”

• More about How Our Brains Work. This fascinating article, “Why We’re More Creative When We’re Tired, And 9 Other Surprising Things about How Brains Work,” discusses how stress can decrease brain size, how multi-tasking splits our brain resources and makes us less efficient, and how people who take naps can improve memory and wildly outperform those who don’t nap. It also explains why a picture is worth a thousand words to the brain, how the brains of introverts and extroverts differ, the link between exercise and mental alertness, and how to trick our brain into thinking time is moving more slowly.

• Best Brain Supplements for Memory Loss. It was a wake-up call when I first searched the internet in 2016 for the best brain supplements and turned up “Prevagen: How Can This Memory Supplement Flunk Its One Trial and Still Be Advertised as Effective?” on the CSPI website (Center for Science in the Public Interest).

Further browsing led me to discover that the FDA filed a class-action suit against the manufacturer of Prevagen in January 2015, saying their claims about the product were false. Their early investigation in 2012 claimed that this product “shows evidence of serious side effects and should be marketed and regulated as a drug.”

• 2021 Brain Supplements Guide (updated annually). I’m not taking any of these supplements, first because they’re so expensive, but mostly because I’ve learned that everything I swallow is going to affect me one way or the other. And I’m unlikely to change my mind after finding this article on ConsumersHealth.org, which reports on the benefits, uses, side effects, and scams, with a warning that “57% of brain supplements selected for testing failed in Quality & Label Accuracy.” (This year’s update reviews the top products of 2020.)

• Luminosity.com. Experts tell us that we can keep our brain healthier if we simply use it. There are many articles on the web that will turn up in a search for “how to keep the brain sharp,” proving we’re not alone in wanting to stay mentally sharp. The first site that came up when I started my initial research on aging brains was Lumosity.com, which features scientific brain games I will never have time to play, but which might be fun for you.

Laughing On the Wretched Road to Decrepitude

After all this heavy reading, I figured I should leave you with a shot of humor. Some time back in a correspondence exchange with a friend on the topic of getting older, we spoke about the need to renew our energy and take better care of our health. She replied, “There’s getting old, there’s seeing your friends getting old, and then there’s ‘the road to decrepitude.’”

I wrote back saying I knew what decrepitude meant, but I hadn’t heard the expression “road to …” So of course I Googled that phrase and found a remarkable article by psychotherapist Dr. Gerald Stine titled “Seven Signs of Getting Older (on the Wretched Road to Decrepitude).” With some humor, the author deals with things a bit less obvious than the usual signs of aging, such as gray hair, wrinkles, “jiggly parts,” and memory issues. “Decrepitude,” he says, “is a ‘bigger than life’ opponent who tends to have his way. There is little you can do to fend off time’s offending hand.” His list of less obvious signs of aging will have you looking at yourself in new ways, regardless of your age.

After passing this article link on to a best friend who knew and loved my late husband, Harry, I wrote, “I’m far from being decrepit, but this guy sure summed up the new awareness of aging that I’ve been having lately.”

She replied, “I’m with YOU Babe! We’re far from done. Or as Harry would have probably quipped, ‘Yeh, only half-baked!’”

How to Enrich and Empower Your Brain as You Age. Get the latest research on aging brains, learn why the “wisdom of age” is real and what was learned from studies of Albert Einstein’s brain; plus the brain benefits of eating more veggies and having a little red wine too.

The Brain Connection between Writing and Remembering (Write it Down to Remember it!). How a message from Dr. David Jeremiah, Turning Point Ministries, put Barbara on a new path of discovery in how to train her mind to remember things she could never remember before.