The Changing World of Book Publishing

Past and Present Perspective
for Book Lovers and Self-Publishers

If books are a part of your life either as a reader or an author interested in self-publishing, this article offers perspective on how things have changed in the book publishing industry since 2012. 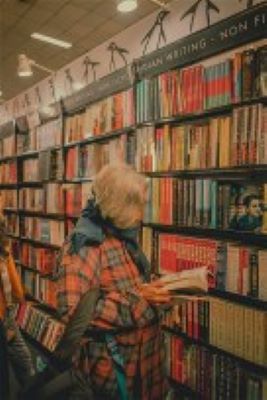 Photo by Dewang Gupta on Unsplash

DO YOU LOVE BOOKS? Regularly read or buy books? Does your town still have a bookstore? If so, it may not long survive because everything related to the book publishing industry began to change in 2012, faster than most book lovers realized, and faster than trade publishers and owners could deal with.

As Dan Poynter, (one of the self-publishing industry’s most respected leaders in 2012, now deceased), put it then: “Eyeballs are moving from print to online. The old larger publishers have been the Big Six in New York. The new larger publishers will be Amazon, Apple, BarnesAndNoble.com, and Google. These resellers of information (nonfiction) and entertainment (fiction) are becoming publishers. They are inviting authors to cut out the publishers and deal directly with them.”

In my experience in working with several first-time authors who decided to self-publish then, few tried to get the attention of a trade publisher because they were unknown writers without a following on the Web. That is still the case today, as this new breed of independent book publishers isn’t aiming for bookstore sales but merely “aiming for Amazon” and other online bookstores. They’re publishing print-on-demand books that may be available in bookstores by special order, and they’re also publishing eBook editions for the Kindle, Nook, and other eBook readers. Some authors who plan to do a lot of speaking also do short press runs of books they can sell during speaking engagements or in workshop presentations.

AS ONE WHO OFFERED an author-publisher book contract consulting service for several years and helped many first-time authors get better contracts from trade book publishers, I saw the new clauses publishers began to add to their contracts in 2012 in an attempt to increase their profits. In addition to trying to force authors to give them 75-90 percent of the profits from all electronic editions of a work, many began to cover their backsides by adding a clause that would give them the right to reprint a work as a print-on-demand (POD) book when they decided it was no longer profitable to do a regular reprinting.

Book publishers then—and now too—can’t afford to have huge inventories of books that may never sell in a declining market. By adding these new clauses to their book contracts, perhaps they hoped to make most of their money on the eBook editions . . . but did they? By pricing their eBooks in the ten-dollar-and above range, many publishers had to compete with the growing crop of eBook publishers that were publishing high quality eBooks for $4.99.

No wonder then that we began to see some our favorite fiction authors bypass the publishers they’d been working with previously and going straight to publishing their own eBooks. Like their publishers and agents, they began to see the handwriting on the wall as brick-and-mortar bookstores continued to close. Why should they sign a contract that gave a trade publisher 75-90 percent of eBook royalties when they could so easily publish for the Kindle and Nook themselves, or on Smashwords, and keep all of the profits? These articles offer perspective:

• In December 2017, an article on The New York Times  website said that bookstore chains, long in decline, were then undergoing a final shakeout.

• “But while pressure from Amazon forced Borders out of business in 2011, indie bookstores staged an unexpected comeback,” according to this November 2017 article, “How independent bookstores thrived in spite of Amazon.”

• This Feb. 12, 2020 article, “How Indie Bookstores Beat Amazon at the Bookselling Game,” offers an updated look at the state of indie bookstores today.

Without online bookstores, many print books would not have been sold during Covid-19 when so many people were afraid to venture into any store that might be open. And after the election of a new president, the book publishing industry changed even more, in a way that would have been unthinkable before. Even famous authors today may not find a book publisher for their latest book if they happen to be a conservative voter or a Christian author. Even worse, some of these same authors have also been banned from social media, Twitter, YouTube, and even Amazon and Google. Their only option for getting a print book published is to become a self-publisher (or “Independent” book publisher).

IF YOU’RE THINKING ABOUT publishing your own eBooks, you’ll find countless articles on the internet on this topic, a couple of which I’ve linked to below. But the best information and insight on how and why you should think about publishing eBooks will be found on Mark Coker’s SMASHWORDS blog. Also read:

“The Benefits and Advantages of Only Publishing an eBook,” by Nina Amir

“What I Learned Self-Publishing an eBook on Amazon: Pros and Cons.”

“5 Advantages of Publishing Your Work as an eBook,” by Markus Reily

“Local Bookstores Have A New Weapon In The Fight With Amazon.” This article explains how Bookshop.org is designed to be an alternative to Amazon and an income generator for independent bookstores. “And, perhaps more importantly, it seeks to give book reviewers, bloggers and publications who rely on affiliate income from ‘Buy now’ links to Amazon a different option.”

Selling Your Book to a Trade Publisher. Anyone can write a book; the trick is to write a book people want to buy. Barbara shares her experiences in working with trade book publishers over the years.

What Authors Need to Know Before Self-Publishing a Book. This introduction to Barbara’s four-part comprehensive guide for self-publishers offers historical perspective and a brief overview of today’s publishing climate with the link to her PDF “Crash Course in How to Self-Publish a Book.”