Selling Books and CDs on Amazon

WHAT DO YOU DO when you find yourself with a collection of books you don’t want and don’t know what to do with? If you’re practical, you’ll think about where you might offer them for sale.

When I decided to offer my late husband’s collection of books and CDs on the Amazon Marketplace in 2008, I could almost hear Harry exclaiming, “What! You’re selling my books?” But on the other hand, I knew he wouldn’t want me to be burdened with nearly a thousand books I was never going to read. And being a practical man, I knew he would also be happy to know that I was going to get an excellent return on his investment while also getting some of his most treasured books into the hands of collectors who would appreciate them as much as he had.

He would have been stunned, as I was, to find that some of his rarest mint-condition books—especially those in the percussion and big band categories—were worth up to $250-$295 to book collectors and would actually sell at those prices in a poor economy. (In some cases, it helped that I had the only copy of a particular book anywhere on the web.)

Harry also left me with several hundred CDs, which I was happy to keep until I could digitize the ones I wanted to keep. Then I gave many to friends and family before checking Amazon to see which one would sell for more than a couple of dollars.

After seeing how poorly most of the used/collectible books and CDs were being described by sellers, I decided I would write the best descriptive listings of any used book/CD seller on Amazon and include a good photo as well. My strategy worked. In fact, I sold so many books and CDs in the early years that I could afford to landscape my front and back yards, literally turning a sea of grass into several perennial garden areas.

Sales of books gradually slowed through the years, but it cost nothing to leave the collection there, so I let things ride until 2010 when I finally grew tired of being bothered with a few occasional sales and closed all listings. By then, however, I figured I’d sold about 75 percent of Harry’s books, 65 percent of his music CDs (many for three or four times their original cost) and most of his rare VHS tapes.

I’m still trying to decide what to do with some 3,000 big band LPs he also left me. I could never justify the time to list them on Amazon because I was too busy with client work and my own writing. For some time, I’ve been planning to have a HUGE garage sale to offer all the books, CDs, and Harry’s big band records to the collectors in my city, but somehow I never found the time to do that either. And then Covid-19 threw a monkey wrench into that idea in 2020 and 2021 as well.

WHAT MAKES BOOKS COLLETIBLE? Some become collectible once they’ve gone out of print and used book sellers can’t find any copies except used library copies. Someone who has a book that’s in like-new condition after many years or has the best copy anywhere on the web will find it easy to command and get a high price for it. But it might take awhile to find a buyer willing to pay that price. A couple of my books in the $175-$295 range took two years to sell, but I was in no hurry because I had a LOT of products for sale. 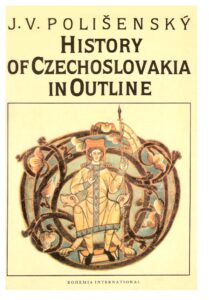 Which books actually sold at the prices I’ve quoted above? As a Czech, Harry would have been especially happy to know that the History of Czechs in America by Jan Habenicht sold for $199. (It was rare when he bought it for $44.)

Percussion Instruments and Their History, by James Blades sold for $175. Every Night Was New Year’s Eve, by Paul Tanner sold for $195. And United States Military Drums, by G. Craig Caba sold for $295.

These were unusual sales, but most of the books I offered as “Collectible” fetched more reasonable prices of from two to five times the cover price of the book. Once you begin to sell on Amazon, you have to constantly check prices of your offerings to see what other used sellers are listing their titles for. Sometimes you can raise your price; other times you have to lower it to be competitive.

Sometimes a book is collectible because it’s simply beautifully published and in like-new condition. Something in particular that I noticed about Harry’s books from the fifties and sixties is how beautifully designed and printed most of them were. The quality of book publishing has certainly changed in recent years as many bookstores went out of business and publishers were forced to cut corners to save production costs—unless the book was authored by someone famous, of course.

Today, many books published by leading trade publishers are published as print-on-demand (POD) books if the publisher wants to keep a book in print but has to switch to POD printing to make that possible. (It’s now common for author-publisher trade book contracts to have a clause to this effect in the contract. In the new age of POD books, no publisher wants to get stuck with a supply of books from a first-time author.)

Contrast that to books published in earlier decades when publishers often spared no expense to turn out a lavishly illustrated and designed book that included gilt printing on the spine of a cloth-covered book. Now it’s mostly just paper-covered “boards” and perhaps decorative end pieces and photographic frontispieces along with a fine dust jacket.

The Market for Autographed Books

SOMETHING ELSE THAT SURPRISED ME while studying Harry’s books is the fact that he had several signed books in his music books collection—autographed copies he never brought to my attention, for reasons I can only guess. He was a very modest man, and maybe he thought it would be bragging to show me these books. For sure, I know that he appreciated those autographed books because many of them were obviously written by musicians he knew or had worked with at one time or another. I kept a couple of these signed editions because the inscription to Harry was so touching and meaningful to me, but for those buyers who got one of Harry’s signed big band or jazz books, I figure they got a book with double the collectible value because Harry was a well-known musician and drummer himself.

If you’ve inherited a collection of books or records or are simply trying to downsize your life, I hope this article has encouraged you to explore Amazon’s Marketplace, which is far easier and simpler than eBay. This was a very profitable venture for me, and it would probably be profitable to you as well if you get started on the right foot.

One thing I’ve learned from selling books and CDs on Amazon is that there’s a growing demand for high-quality used LPs, especially in the Big Band category, because many albums were never published as CDs, and now CDs have become less desirable. You might be surprised to see what some albums are being offered for on Amazon today. If you have a good collection of 33 rpm albums and can follow Amazon’s guidelines for sellers, I can recommend listing some of them on the Amazon Marketplace.

If you would like more of my special tips (and cautions) on things I learned as a long-time Amazon Marketplace seller, I’d be happy to share more detailed information and advice with you in a paid telephone consult. If interested, contact me to set up a time for a chat.

Big Band/Jazz Books in Harry Brabec’s Collection, with comments from some of the musicians featured in them

Musicians Who Wrote Memoirs [PDF]. Photos and info about signed musical memoirs in Harry Brabec’s collection, by musicians he knew.

Back to
Money Matters T/C